When it comes to Japanese treats and baking, I welcome the uncanny. This extends to a dish I’m not usually a fan of, baked cheesecake. It’s not that I’m repulsed by baked cheesecake, it’s thats I find myself longing for the far superior unbaked cheesecake that could have been. In this case however, the fluffy baked cheesecake that’s slightly and unnecessarily estranged from it’s American counterpart is one I can dig into.  The recipe is ridiculously simple*, it’s not as overwhelmingly rich as most baked cheesecakes, and it suits a dusting of matcha very well. 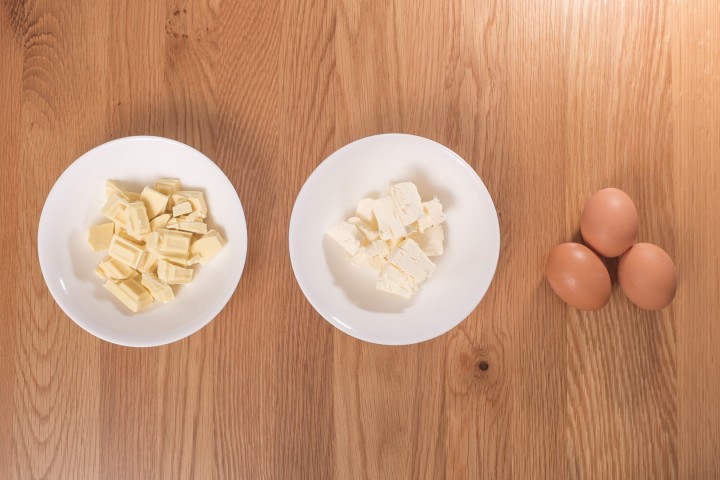 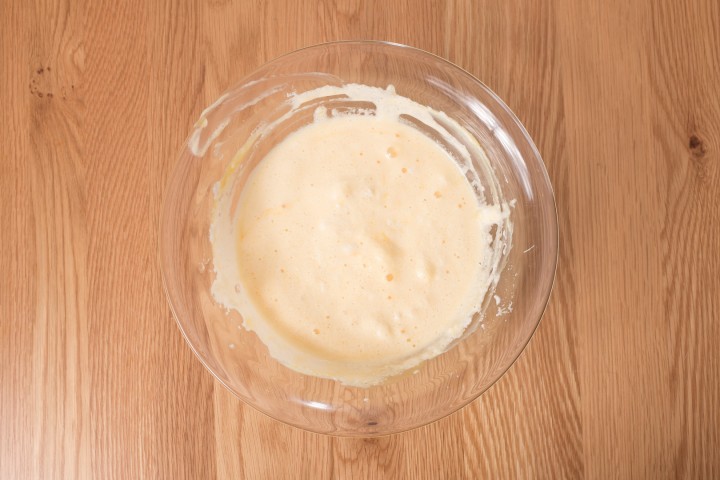 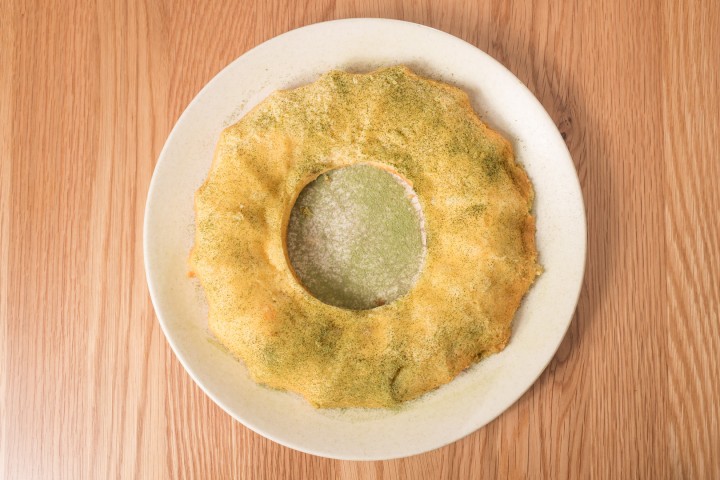 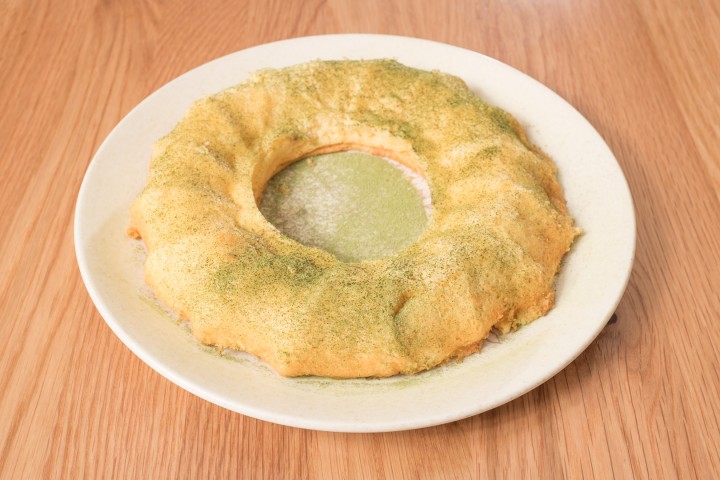 I first went to Japan in my early twenties. Both naivety and pretension led me to think that Japan had managed to get bakeries wrong. Too soft, too sweet, too fluffy – not serious bread like a rustic Italian loaf or an artisanal French baguette. Who bakes frankfurters into into buns themselves?

A little older and wiser, I returned and was delighted too see a Japanese bakery again. This time Kate found a bun with a hash-brown baked onto it, Japan’s bakers are working hard to fulfill the carb-on-carb ethos. An excellent treat for a morning Shinkansen ride.

I now find myself missing Japanese bakeries. There’s one bakery in Wellington that does Chinese-style baked goods, but I still felt like tackling this one myself. It was unlikely I’d find the hash brown bun anywhere in New Zealand, and I could also have free reign on toppings & fillings (such as vegetarian sausages). I used the New York Times Japanese Milk Bread recipe, wrapped some sausages, placed some hash browns, and adjusted the leavening and baking times to suit small buns. It worked a treat. I won’t suggest they’re as good as the ones in Japan, but they’re definitely reminiscent. And I’ve now spent the whole day eating Japanese-style baked goods without having to leave my house. 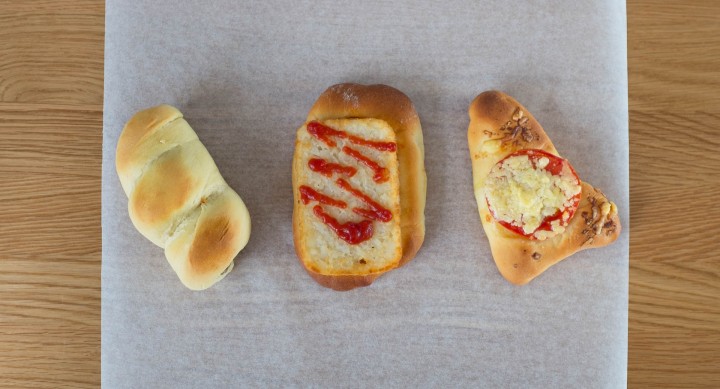 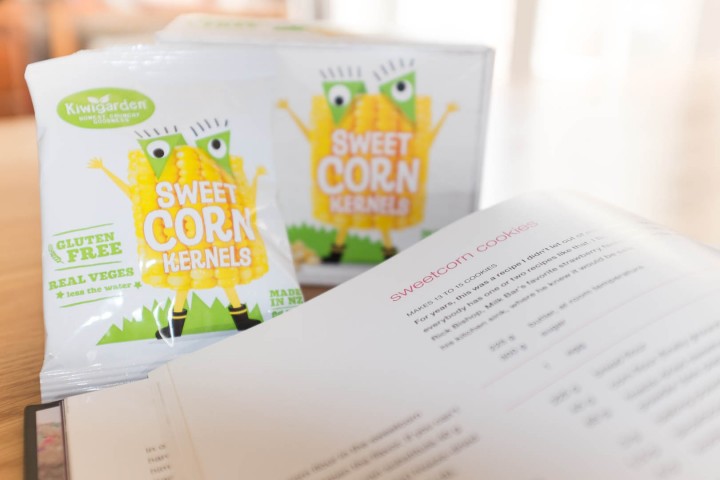 Those happy little corn cobs capture my feelings pretty darn well. I’ve been enjoying the Momofuku Milk Bar cookbook for years, but one of the first recipes in the book has eluded me until now. Christina Tosi’s Sweetcorn Cookies require freeze dried corn powder and unfortunately, that’s not really an off-the-shelf option in New Zealand (note: freeze dried specialists Fresh As have us covered for fruit powders, spices and commercial quantities of vegetable powders). While I did contemplate plucking the corn kernals out of freeze-dried mixed veges, that activity felt embarrassing and inefficient.

After giving up the hunt a few times, I finally spotted the Kiwigarden freeze dried corn snack in the supermarket. 7 packets into the food processor and I’m on my way to making sweetcorn cookies.

The recipe as as straightforward as any other cookie recipe, you’re just using a significant quantity of corn in the recipe. These have gone down really well. Kate suggested making ice cream sandwiches – a tub of Wooden Spoon Freezery Smokey Pokey might be the best thing for it! 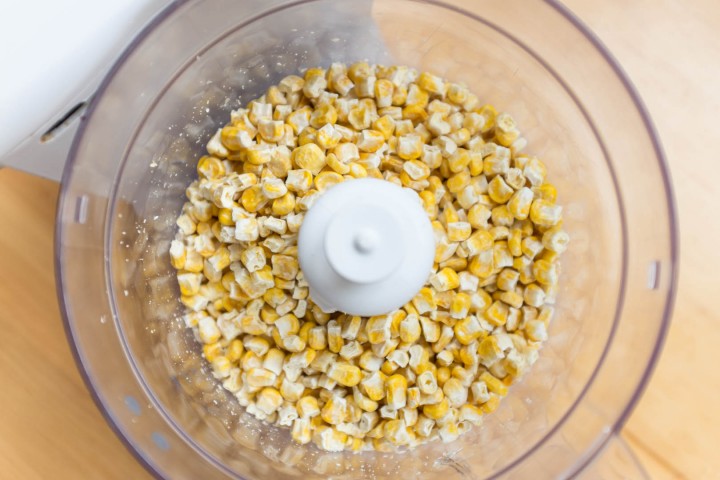 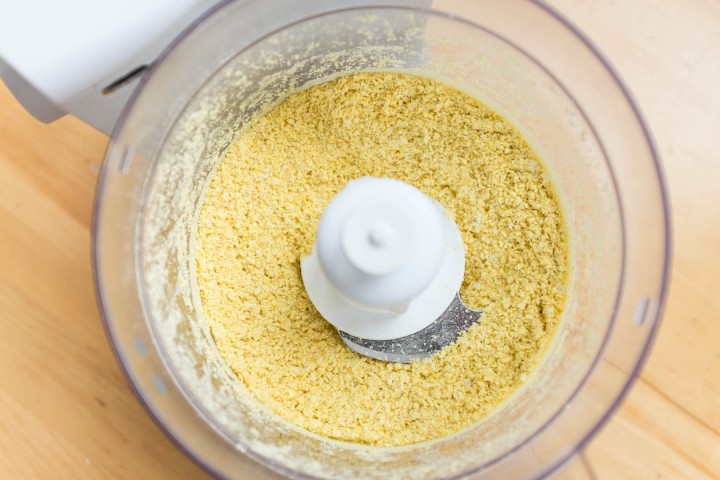 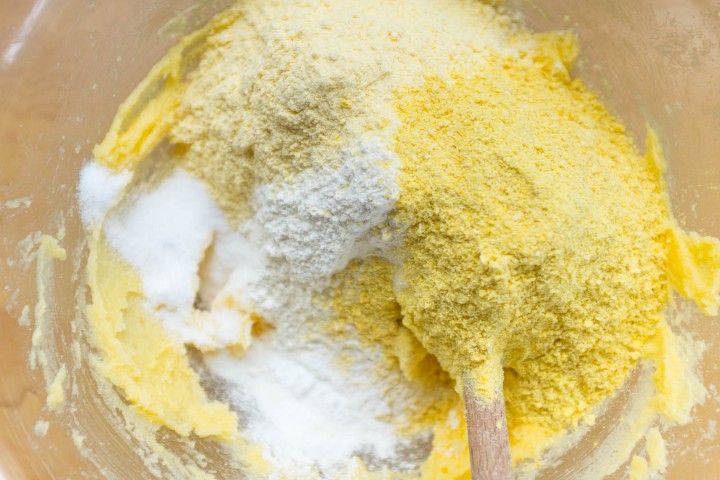 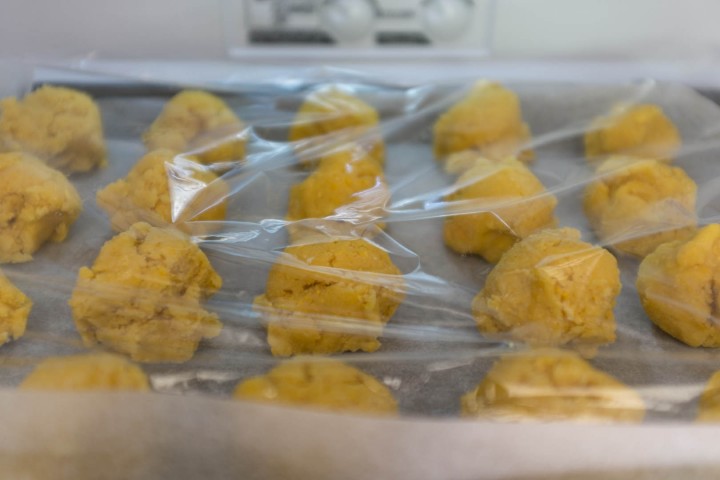 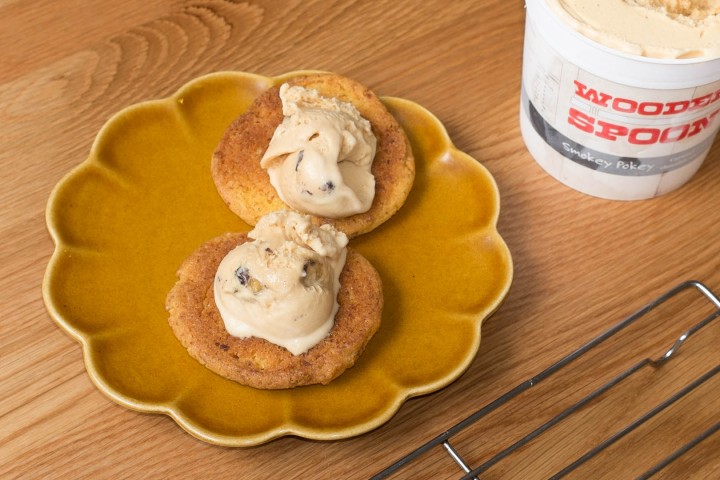 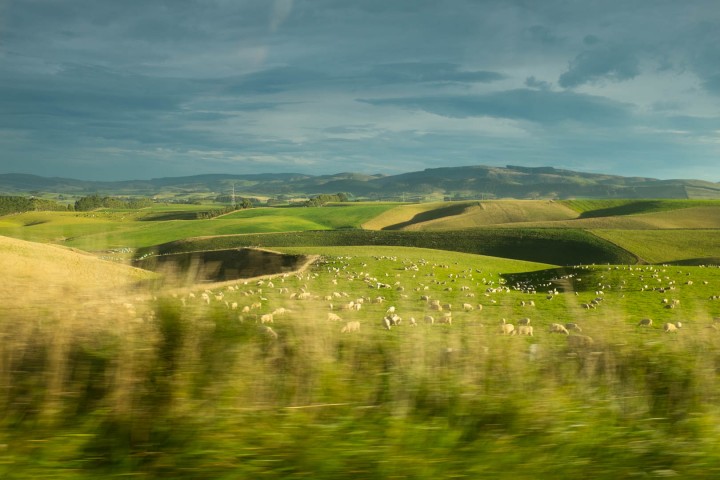 Another favourite from my month in Southland. 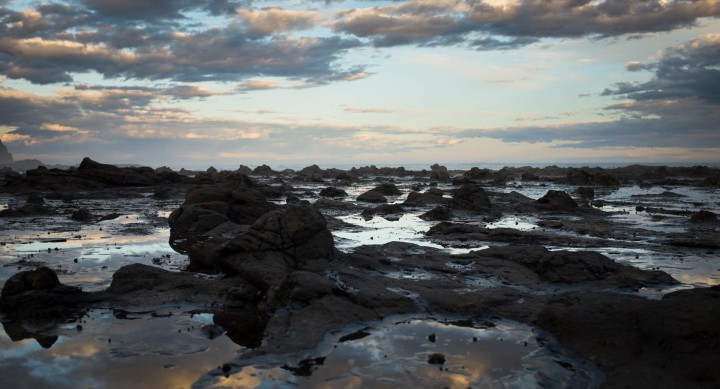 I took some time to look over a few of the photos I shot during my month working down south in and around Tapanui earlier this year. The whole experience happened so fast, it’s almost difficult to consider any single facet of that trip being connected to another. Searching through sets of photos, there is almost an overabundance of beautiful moments. Amongst other great and varying types of scenery, our drive through the Catlins and arrival at Curio Bay at the tail end of golden hour was one of the highlights.