The Polaroid of the Future 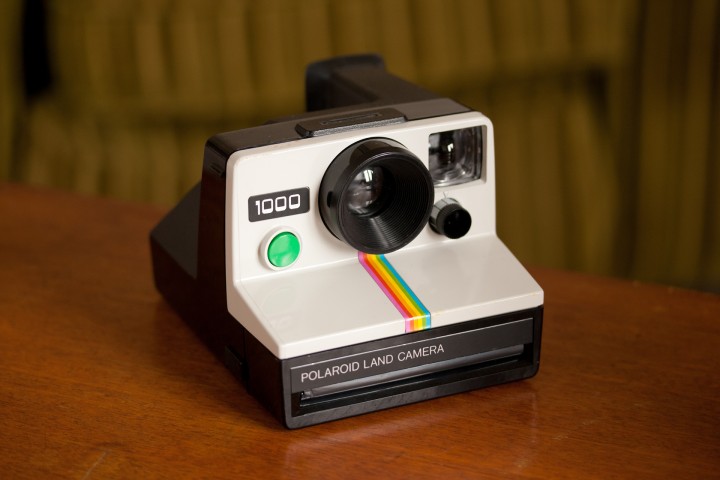 Claes Källarsson brought to my attention Polaroid’s recent announcement, and disappointment. I had been keeping my hopes high that Lady Gaga’s role as the creative director might be exactly what Polaroid needed. Alas, once again we’ve been presented with nothing nearly as magical as the Polaroid we once knew. What’s worse is that the big announcement felt like a rehash, Polaroid have already sold a compact portable printer in the past, and a camera that prints photos too. The camera glasses are new-ish, but I’m still not too sure what to think of them. Though the new SX-70 Printer does seem cool, it’s not quite magical. But I am looking forward to trying one.

My experience with Polaroid has been pretty limited, or at least more limited than I’d like it to be. I owned a Polaroid Joycam. I never shot more than a couple packs of film, it was expensive, the images were small and at the time I was preoccupied with the darkroom process. I am lucky enough to have been snapped in Polaroid format at least a few times, which has ranged from exciting to startling. Somehow, Polaroid feels more relevant to me today than it did as a teenager. Although the resurgence of interest in Polaroid happened both personally and en masse, It seems almost that it has come almost as soon as Polaroid stopped making the film.

What was it about Polaroid that made it a distinct photographic experience?

The lag between taking a photo and seeing the results has vanished over time. Once upon a time it took several days to get a film developed, then eventually it could be done over a lunch break. Now you’re running behind if there’s a one second lag between hitting the shutter and seeing a preview. This may have changed, but the original Polaroid was also an instant print, one which could be passed around, scribbled on or taken away.

Polaroid cameras were less the tool of photojournalists and more of a social lubricant (Polaroid was also a medical/scientific tool too, but that’s a different story). The first time I saw one was in primary school, when an exceptionally cool teacher used hers to take a photo of the class. Many of us had never seen a Polaroid camera before. It was magic, simple as that. Not only did everyone crowd around to see the unbelievable instant photo, but we all wanted to hold it as the magic took place. And yes, it was shaken like a Polaroid picture.

While it is possible to get predictable results out of a Polaroid camera, the appeal of low-fi images includes the less predictable Polaroid cameras. By getting the exposure wrong or using a camera with an imperfect lens one could achieve unique results out of a Polaroid photo. Unfortunately when it comes to cheap digital cameras the imperfections are less than cherishable. I’ve yet to see a crappy digital camera I can like for anything other than the Best Camera philosophy. (One other exception: I still have a fondness for Gameboy Camera photos, purely nostalgia I imagine).

The outlook for the Polaroid photo hasn’t changed by its own doing. The world around it has changed, and what was once magical now has a more specific type of charm. Though Polaroid is survived through retro cameras, Fuji’s Instax brand and The Impossible Project – who both make instant films, Claes’ suggestion that Hipstamatic is filling the gap made me wonder about what the future really could be for the magic in photography. 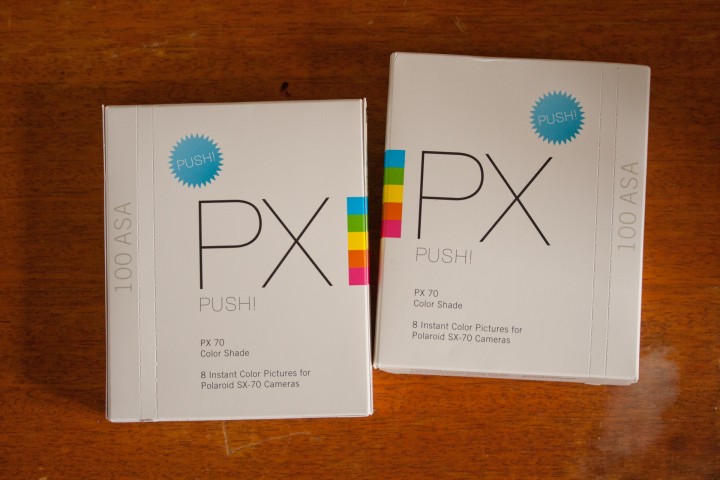 Though I hate to admit it, sharing amongst friends is now sharing amongst the internet. The wonders of a photo you could show everyone in an instant are now the wonders of a photo that can receive a dozen comments in an instant. Though not the same as Polaroid, Eye-Fi does indeed appear to work some modern magic with their Wi-Fi enabled SD Card. With Eye-Fi you no longer need to get photos online by way of a personal computer. As long as you have access to a wireless network the images can go straight to the internet, either privately or publicly. Though one could be shooting snaps on their mobile, there is something about being able to shoot on a real camera. I haven’t had the opportunity to use one myself because they are neither sold nor supported in New Zealand, but I think the idea of being able to share straight from a camera is pretty exciting. Some clever people have even used Eye-Fi to have photos instantly displayed at a party in progress. 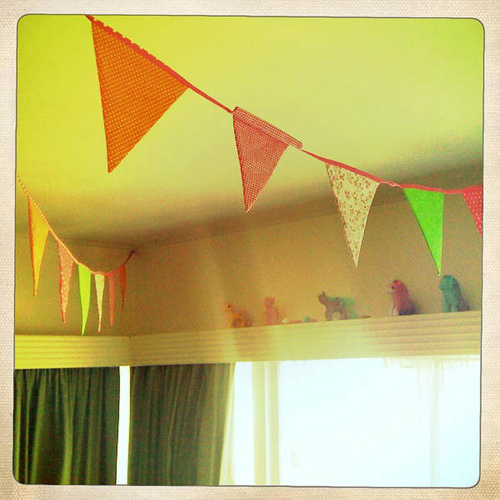 I’ve occasionally been snobbish enough to scoff at the idea of decomposing an image just to make it look cool. But I have also found that there is a place for images that have been run through Poladroid or Pentacom AnalogColor Toy Camera. Hipstamatic sounded silly to me. That is, until I saw it at the work Christmas party, there were enough iPhone owners around that I managed to see tons of images get taken and transformed in an instant. Nothing to take home, but a lot of fun none the less. 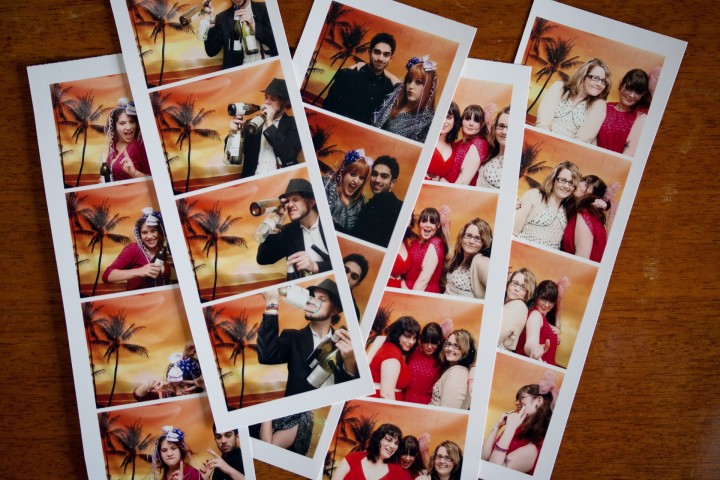 Apparently these were big in the 70’s. They had them in malls or something. From my experience they were cutesy Japanese machines in gaming arcade – Purikura. It’s fun, but it’s also complicated and technology intensive. In planning our wedding Kate started doing research into photosbooth-for-hire in New Zealand. Faced with a single company that never got back to us, I took it upon myself to get a working photobooth set up. I cobbled it together, and though it was a bit touch and go it was ready by wedding day and served us well, right through the celebration. It helped fill the void left by a cancelled wedding photographer and was much much more suited to us than the traditional styles of wedding photography. All the guests were comfortable in front of the camera, happy to be there, rather than off guard, uncomfortable or forced into poses. Daniel did a great job of shooting the wedding party, but the photo booth covered the rest. Since then I’ve also rolled out the photo booth for parties, which has been great fun and has given me some of the most beautiful and memorable photos of my friends. In terms of having this at an event, it really excels in everything that Polaroid was great with. Instant photos, effortlessly and at a fraction of the price. It’s amazing seeing the photos get shared around, and it’s common to do a strip of two – one to leave and one to keep. Plus you’ve got the added bonus of a digital copy. Wellington now has The Amazing Travelling photo booth. I’ve yet to try it, but if it does what it says it does then I can’t imagine a great event without one.

I’m setting out to try some Impossible Project Film in a Polaroid 1000 Land Camera. But it does feel like it could be a final farewell to the traditional instant photograph. Technology overload makes it hard to get excited about innovations, but it will be the nuances, the creativity and the human aspect that will keep the excitement in the future of social photography.

Posted on April 6, 2011 by Jason | This entry was posted in photography and tagged photography. Bookmark the permalink.

2 Responses to The Polaroid of the Future